“Sometimes, I feel discriminated against, but it does not make me angry.

It merely astonishes me.

How can any deny themselves the pleasure of my company?

Thanks to Paula. Aloha, Renée

Banner Photo: Zora beating the hountar or mama drum. A 1937 photo- from the Library of Congress.

P.S. For other inspiring quotations by Latina women, go to: <https//patriciavaloy.com/writinng/welcome-to-our-blog-but-what-is-it>

Thought for the Day: “Life is No Brief Candle”

“Life is no brief candle for me.

It is a sort of splendid torch which I have got hold of for the moment, and I want to make it burn as brightly as possible before handing it on to future generations” – George Bernard Shaw

“I nod to a passing stranger, and the stranger nods back, and two human beings go off, feeling a little less anonymous”  – Robert Brault

Let’s greet one another.

Thought for the Day: Enjoy

In his book, Grist for the Mill, Ram Dass – American spiritual figure and bestselling author of Be Here Now and Be Love Now,  quotes his Guru Mahara-ji, who said,

Ram Dass says, “These days I try to simply love everything that comes my way, whether animate or inanimate, pleasant or painful.  I hope you too can learn to absorb life’s ecstasies and distresses into your spiritual practice so they are just more grist for the mill” (Introduction 2).

“People can debate how big a factor straight-up racism was in Trump’s victory.  But his yearlong drumbeat of remarks and tweets and retweets, [up to the 2016 U.S. Presidential election – and beyond] giving voice to white resentment toward people of color and religious minorities, offending millions and pulling scabs off old American wounds–all of that was not too much for the 62,984,825 people who colored in the bubble next to Trump’s name”

– John Biewen (from the audio program at the Center for Documentary Studies.  Biewen teaches and produces/hosts the podcast Scene on Radio).

In stark contrast,  Jan Markell of Olive Tree Ministries says in wonder of God’s ways that President Trump, although a flawed man, promotes Biblical values.  She notes the Bible says that when the righteous rule, the evil moan.

Since Donald Trump and his friends have been in control, I’ve been moaning every day about the undermining of basic human decency and our democracy.   And I certainly don’t consider myself evil.

How can we listen to each other and move forward together if each position feels the other is evil?

Although a struggle, we must find ways to listen and talk and work – together.

Let’s talk, even – perhaps especially – to people we don’t understand – yet.

“This troubled planet is a place of the most violent contrasts.  Those who receive the rewards are totally separated from those who shoulder the burdens.  It is not a wise leadership” –  Spock, Star Trek

“May the force [of imagined and real heros] be with you.”  We can choose change.

Thought for the Day: Racism

“[I]n 1860  only around ‘5 percent of the Southern population owned even one slave, and a significantly smaller percentage owned more than twenty.’ . . .

Millions of human beings were held in bondage.  It’s mind-boggling to me [says author Camille T. Dungy]  that such a small number of people controlled so much of the wealth back then — and much of that wealth was accrued through the bodies of other human beings.  A black human being was a commodity, an object, not particularly different in value from a piece of jewelry, a few head of livestock, or several bolts of fabric.  My point is that most white people didn’t have the kind of wealth that the institution of slavery was protecting, just like most people today don’t have the kind of wealth protected by tax codes that allow a billionaire to write off a private jet but don’t allow schoolteachers to write off $250 worth of school supplies. . . .

America would not be the wealthy country it is without slave labor.  We would not have our power or wealth if we had not, for a very long time, depended on the unpaid labor of millions  of human beings . . . Cotton wasn’t king just in the South.  Many of the most productive cotton mills were in the North, as were the insurance companies and other industries that profited off those mills.  Without a lot of unpaid labor, those profits would have been significantly less.  And we are still depending on the unpaid or underpaid labor of millions of human beings — from prison workers to immigrants to foreign labor.  The question of slavery is still with us [my emphasis].  America has a legacy of harming other human beings and justifying that harm by glorifying the wealth it brings to a few.  Thankfully America also has a legacy of resisting that impulse. . . .

It’s sometimes difficult to accept the fact that whole portions of our society were built up–are still built up– to support the wealth of just a few.  Why don’t more people object to that?  Perhaps because so many Americans think maybe one day they will be the billionaire with access to the unchecked power to acquire wealth at the expense of other human beings.  When the focus is on the glorification of wealth rather than on an honest examination of how that wealth might have been accrued, we routinely ignore brutalities visited upon our fellow human beings (7). . . .

“Racism – and resistance to racism – is part of the fabric of this country.  When our twenty-dollar bill celebrates a man who is connected to the genocide of Native Americans and the enslavement of black people, I can’t see how I can say, ‘Let’s just focus on this one area.’ We are part of an ecosystem.  We can’t just worry about the whales, so to speak.  We need to address what’s happening to our oceans.

But, as individuals, I know we sometimes have to choose the battles that matter most to us” (9).

There is much to do to make our world more just and equitable for all. Let’s get working. 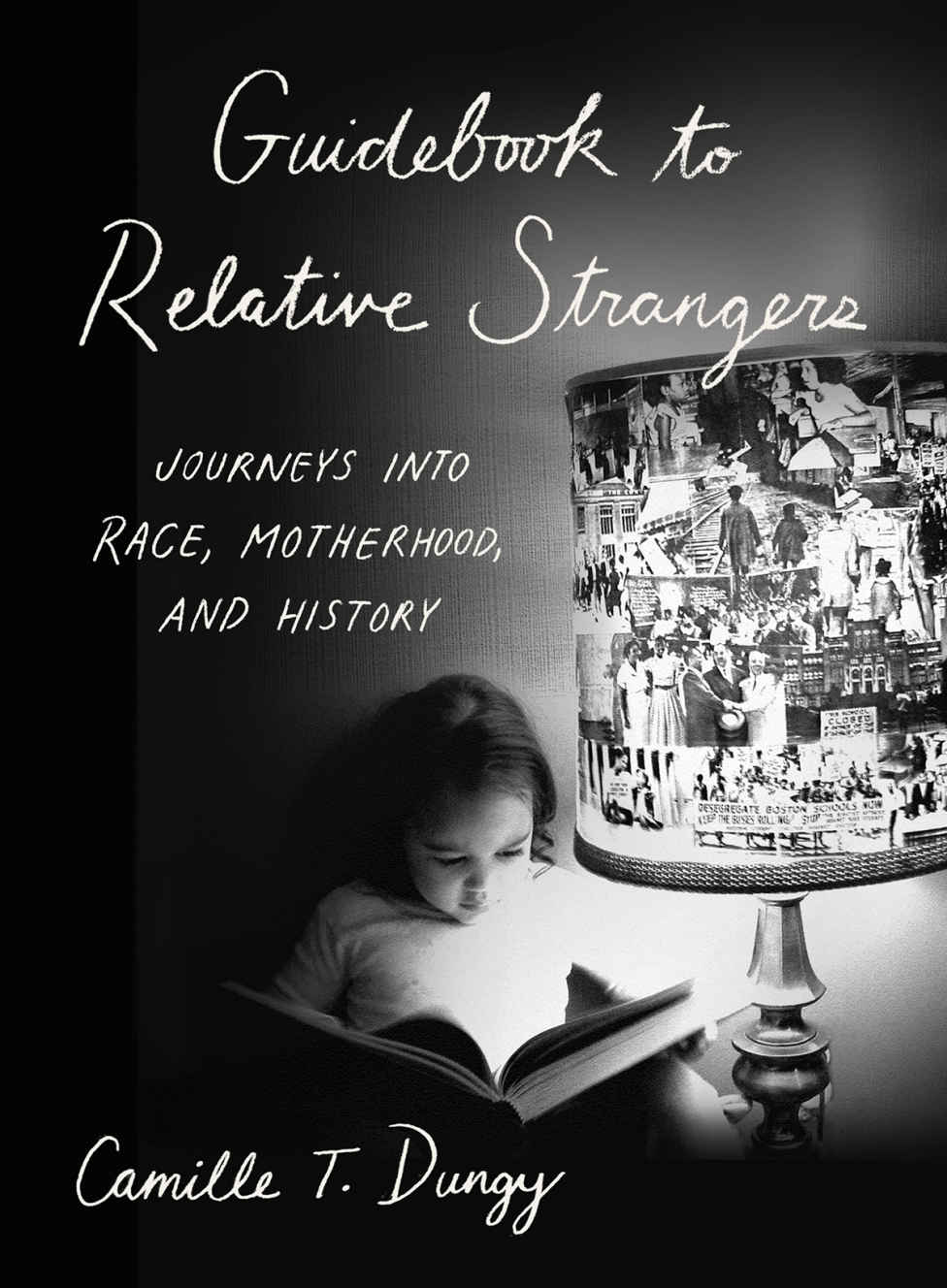 Some Hawaiians here in our state don’t vote because our U.S. government overthrew the legal monarchy  of the Hawaiian Kingdom in 1893 when businessmen (children of U.S. missionaries) garnered the help of a U.S. warship in the Honolulu harbor threatening mass killing of the Hawaiians.  Queen Lili’uokalani, the royal monarch,  acquiesced, to prevent the deaths of her people.  She hoped the United States President would right the situation. Though President Cleveland and his special commissioner James Blount supported the return of the Queen’s sovereignty, the Provisional Government refused to step down. They quickly proclaimed themselves the Republic of Hawai’i and by 1898 they’d received status as a U.S. Territory.  Nothing was done to reinstate the islands to the Hawaiian people.

U.S. plantation owners and businessmen worried about the influence of the popular Queen Lili’uokalani and overthrew the legal monarchy

So it is very understandable that some Hawaiians today don’t want to be part of this system.

However, when you don’t vote and make your voice heard, the ones who do vote win for their ideas, their way of life, their benefit.

Besides, Queen Lili’uokalani saw that having a vote was important!

“We have no other direction left to pursue, except this unrestricted right to vote. Given by the U.S. to you the Lahui [the Hawaiian Nation], grasp it and hold on to it.  It is up to you to make things right for all of us in the Future.”  Queen Lili’uokalani

So if you are Hawaiian, please make choices that will be the best for you, your family, your community.

And for those of us who aren’t Native Hawaiians, I’ve learned that it is important to vote for the candidates for the Office of Hawaiian Affairs.  Until this last Primary Election in August, I left those three spots unchecked each election – because I’m not Hawaiian and didn’t think I had a real right to be making those choices.  However, I’ve learned that the Hawaiian community can use our  votes if they are well informed.  The mission of the Office of Hawaiian Affairs includes protecting the ‘aina and Hawaiians.  What is good for the land and the Hawaiian people is likely good for all of us.

It’s not too late in Hawaii to register to vote (although official early registration ended last Tuesday, October 9th).  The Maui County Clerk’s Office is relaxing deadlines, so if you have valid identification with you, you can register to vote on the day you vote.

The General Election is November 6, 7am-6pm at your designated polling place.

Watch for the various candidate forums.  Kihei Community Center has another one this Tuesday, Oct. 16  at St. Theresa Church.  Go to <olvr.hawaii.gov>, put in your address, and see the ballot for you.  UHMC will be having a “Teach In.”  Get informed.

Then VOTE.  Queen Lili’uokalani knew it was important.  Our future depends on it.

On March 23, 2017,  President Trump signed the permit approving the Keystone XL oil pipeline – where Native American led protests, says Wikipedia, have united environmental groups, citizens, and politicians over the potential negative impacts of the Keystone XL project.[92] The main issues are the risk of oil spills along the pipeline, which would traverse highly sensitive terrain, and 17% higher greenhouse gas emissions from the extraction of oil sands compared to extraction of conventional oil.[93][94]

On that day, Mekasi Camp Horinek, a member of the Ponca Nation, told reporter Alleen Brown:

[for his attacks on our environment, for his support of gun rights over the rights of our children to be safe in schools, for his attacks on immigrants – in this country that is filled with people whose ancestors came as immigrants, for snubbing our Allies and becoming cozy with ruthless dictators, for celebrating hate and disrespect, for filling the pockets of the richest from the suffering of the poorest,  . . .]

From: Naomi Klein’s NO IS NOT ENOUGH: Resisting Trump’s Shock Politics and Winning the World We Need, p. 190-191.

Let’s stand together and VOTE on November 6th.

Aloha, in light and action, Renée